From flexible construction lift with knee joint to the truck-mounted crane in aluminium lightweight construction - as tradition-conscious family business, Böcker Maschinenwerke GmbH is one of the leading developers and manufacturers in the area of height access technology. This year is already the 60th anniversary of the company’s formation.

The company’s history begins on 1 August 1958 with the formation of a metalworking and forging company in Westphalian Werne by 34-year-old master blacksmith Albert Böcker. The small blacksmith’s shop specialised in the manufacturing of agricultural equipment. Shortly thereafter, Albert Böcker develops the first construction lift with knee joint, which shall be decisive for the success of the company in the coming years.

From this point onwards, things are going up and beyond for Albert Böcker and his staff. In the middle of the year 1961, the company relocates to Horster Straße in Werne with its first production building and office. During the following years, the order volume is growing continuously until the company eventually relocates to Lippestraße in Werne in 1965. During the 1970s, Böcker already delivers its 10,000th construction lift, increases exports and expands its range of products to include lifts for furniture transport. With the pioneering launch of the aluminium crane technology, Böcker sets important milestones in the decades to come. Thus in 1989 Böcker launches the first truck-mounted crane in aluminium lightweight construction. In 1990, Robert Böcker becomes his father’s successor and in 1997, introduces the first aluminium crane on a trailer.

During the following years, Böcker continues to expand and opens branches in Germany, Belgium, France, Italy, Switzerland, the Netherlands and in the United Kingdom and becomes an internationally active company with global presence. In 2005, the company takes over H. Steinweg GmbH & Co. KG and expands its range of products, to include rack and pinion lifts and equipment for masonry.

After the sudden death of Robert Böcker, Alexander Böcker becomes his father’s successor in 2014. The family business is now in its third generation and produces more than 20,000 different assemblies and components with very high production dept for all product areas. The factory premises in Werne cover an area of approx. 75,000 square metres with 33,000 square metres covered with buildings. Thanks to continuous research and development and more than 450 highly-qualified and long-standing loyal employees, Böcker repeatedly sets new standards in crane and lifting technology. New cranes stand out with a combination of very strong aluminium alloys and fine-grained steel and thereby achieve large ranges with low assembly weight. Thus in February 2018, the strongest Böcker truck-mounted crane AK 52 reaches an extension of 52 m (optionally 55 m) and lifts loads of up to 12 t.

The 60th anniversary is celebrated with clients and business partners during the “Böcker Krantage” from 9-11 November 2018. 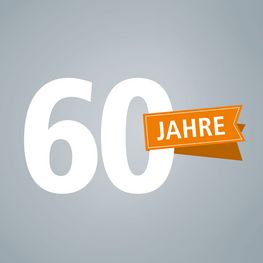